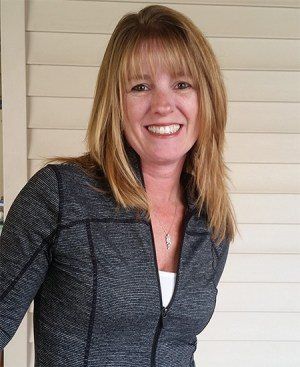 Gail Cefalu
‍Millennium’s Owner/President
As Millennium’s Owner/President, Gail is responsible for all facets of the company. She has a direct influence on the company’s strategic direction and operation. Gail ensures that Millennium is in constant pursuit of providing the best value to our customers. Her influence guides Millennium to keep striving to become the very best we can be.
‍
Gail began her career as an assistant buyer with the John W. Danforth Company, where she earned over 17 years experience in general and mechanical contracting. In 2010 Gail started Concrete Depot of WNY, Inc., a supply and service contracting company. In 2014, the service portion expanded so rapidly, that Gail became the President of a new endeavor, Millennium Construction, Inc.

Gail’s involvement in Buffalo and WNY began while attending Cardinal O’Hara, she then attended Buffalo State College. Gail uses her experience and love of the community to make it a better place. Gail is currently a board member for the Christmas Bash for Kids, which has been providing food and gift baskets to families in need for over 18 years. She is a wife and a mother of a beautiful girl and enjoys spending time with her and volunteering for many of her school and extracurricular activities. 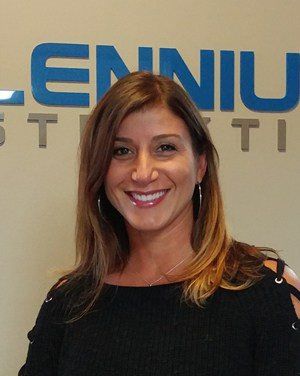 Melissa Panzarella
‍Millennium’s Owner/Vice President
Melissa Panzarella, Owner/VP of Millennium Construction, Inc, received her undergraduate degree in 1997 and continued on to earning her master's degree in education in 2000. She then began her teaching career where she taught 6th grade for the next 8 years until she made the decision to stay home with her young children.
‍
After being home for a few years, Melissa became a fitness enthusiast and became an AFPA certified personal trainer and nutrition counselor. She established a group fitness business called Mel’s Mobile Fitness. Her successes in this business were greatly due to her passion in helping others, in addition to her ability to utilize her talents in organization, writing, creating and managing that she acquired as a teacher to properly market her business and draw in new members.
Due to her successful marketing efforts and her ability to build an impressive clientele, Melissa was led in the direction of founding another business, Millennium Construction, Inc., where she oversees all aspects of the business with a core concentration in marketing. She works hand in hand with the sales department to strategically develop the company’s customer base through email and social media marketing as well as developing strategic direct mail initiatives. Melissa also maintains current customers by organizing customer appreciation events and special offers. She is also in charge of advertising and keeping the website current to accurately represent who we are as a company.
‍
Melissa is also very involved in her local community. She volunteers her time each year in her three children’s schools as a room mom and is involved in other school-related activities. She is also involved in fund raising efforts for St. Jude’s and Children’s Hospital, volunteers some time to the Ronald McDonald House and is a board member of a local fundraiser, The Christmas Bash. 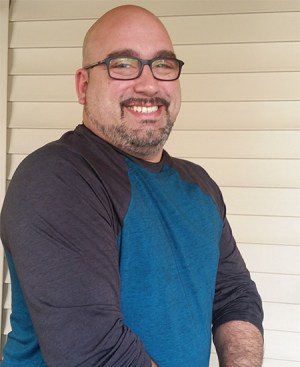 Tom Cefalu‍Chief Operating Officer - Head Estimator
As Executive Vice President of Operations, Thomas is responsible for the strategic direction of project management, contract execution and company operations. He ensures the continual improvement of Millennium’s construction operations and oversees the execution of all contracts.
‍
Thomas has over 25 years of civil engineering industry experience including general contracting for heavy highway construction, land development and industrial construction. While studying at the University of New York at Buffalo, he worked with Pratt and Huth Associates as an Engineering Technologist.
After graduation, Thomas began his career in Heavy Highway Construction as a Project Manager and later became head estimator and general manager of a general contracting company. In 2010, he started Concrete Depot, Inc., a company specializing in general contracting, as well as concrete supplies and products.
‍
Tom joined Millennium and has received training in Epoxy and Polycrete coatings from Dura-Flex. He is certified by the DEC in Protecting NY’s Natural Resources and is also OSHA trained. He is also a certified installer of Fortress Stabilization Products.
Thomas prides himself in his various volunteer work throughout the local community. He is the co-chairman of the Christmas Bash for Kids, a fundraiser which donates toys and food for families in need. He also volunteers for his daughter’s various sports activities. He is happily married and has one daughter. 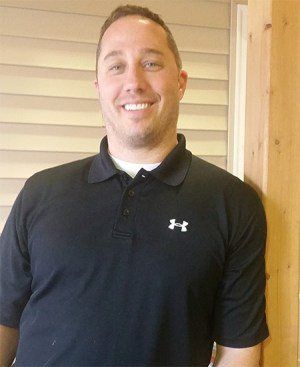 CJ Panzarella‍Chief Executive Officer - Head of Sales
CJ Panzarella is Executive VP of Sales with Millennium Construction, Inc. At age 40 he made a career change from financial services to construction. As a financial services professional, he always put a high level of importance on continuing education. He was a certified NYS continuing education instructor, held licenses in multiple states and was an active member in professional associations. Today for Millennium he continues that trend. He is certified to install and distribute materials with several manufactures including Dur-a-flex, National Polymers, VSeal and Fortress Stabilization. He is an OSHA card holder for their 10-hour course and is a member of the local chapter of the International Facility Management Association.
‍
For Millennium, CJ’s core focus is project management, business development and customer service in the private sector. He manages a team that takes a consultative approach to help Industrial Facilities and their leadership engineer proper construction solutions and scopes of work by performing detailed inspections, utilizing resources including manufacturers, in-house professionals and vendor partnerships. Since Millennium’s inception he has helped grow and serve a customer base in the regional WNY area.
‍
CJ resides in Getzville, NY and is married with 3 children; Mariana, Ava and Tommy. He proudly attends Mariana’s theatrical performances at the ATA Theatre for the Arts, Ava’s dance recitals for the Sherry Martin School of dance and has coached Tommy’s baseball teams since he started playing at age four.
‍
CJ and wife Melissa are also believers in giving back to the community. They have actively supported organizations such as Buffalo’s Children’s Hospital, St Jude Children’s Research Hospital, The Christmas Bash and Toys for Tots. 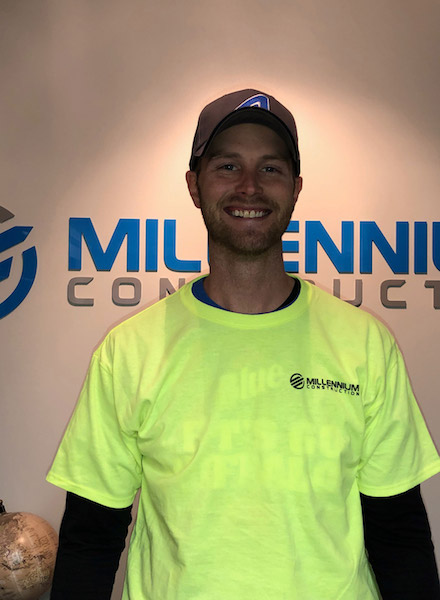 Project Manager/Clerk of the Works 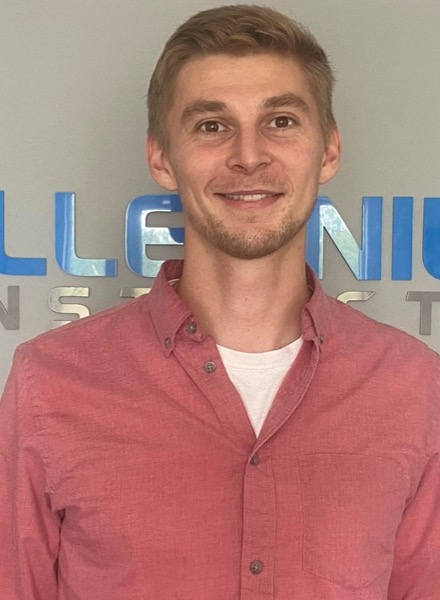 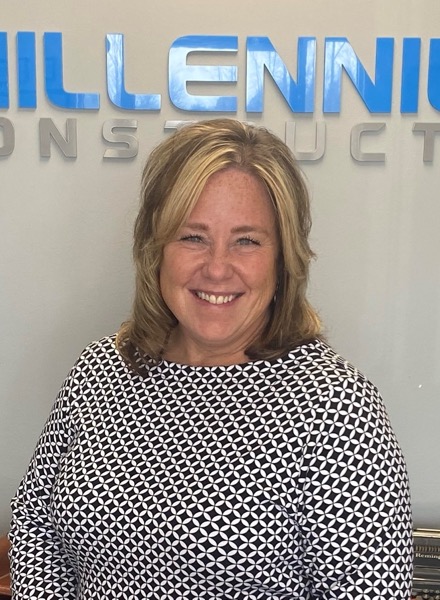 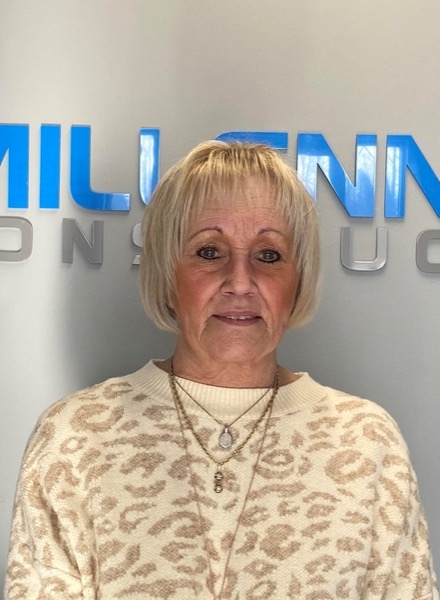 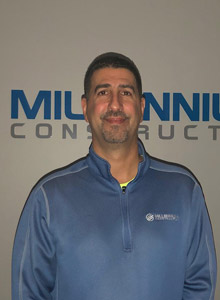 Director of Inside Sales 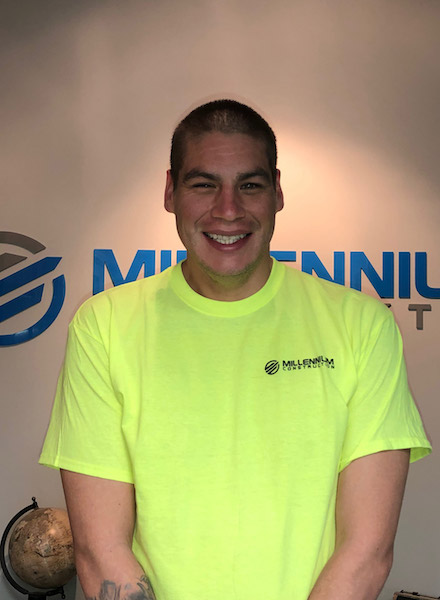 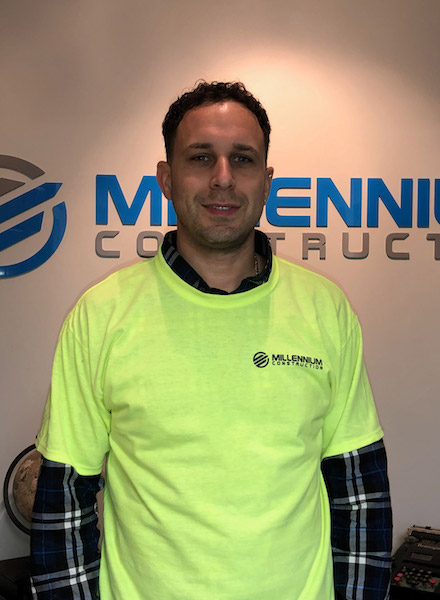 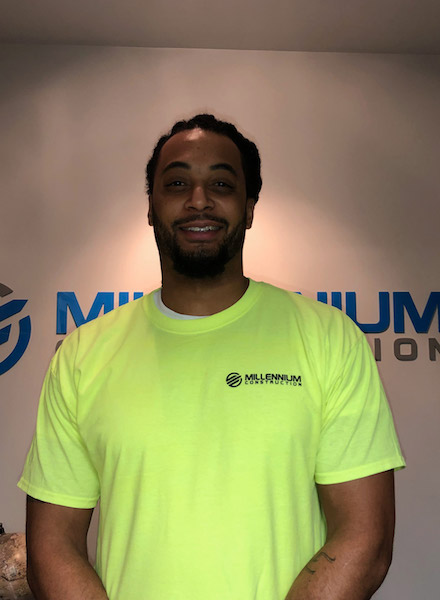 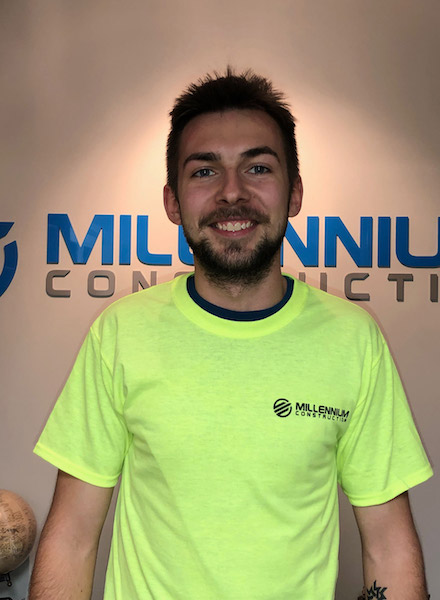 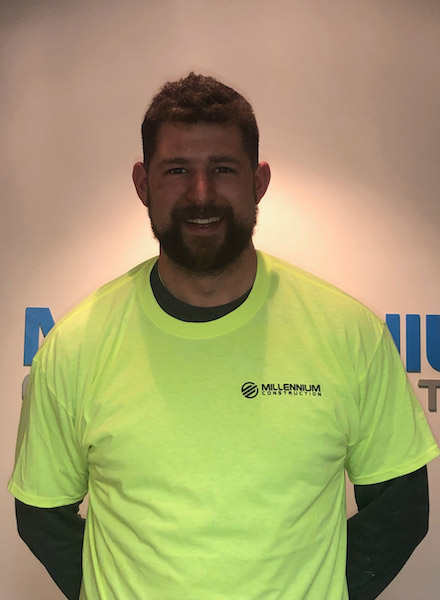 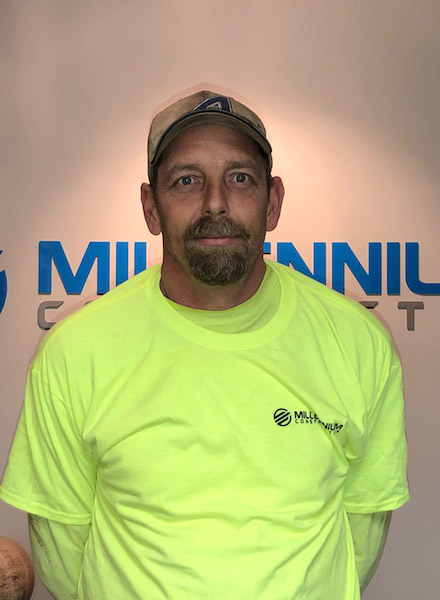 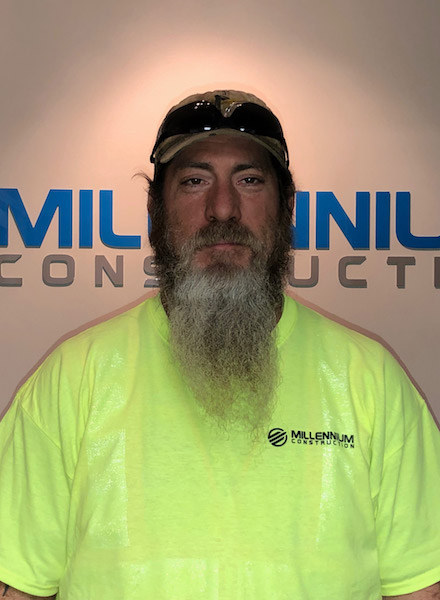 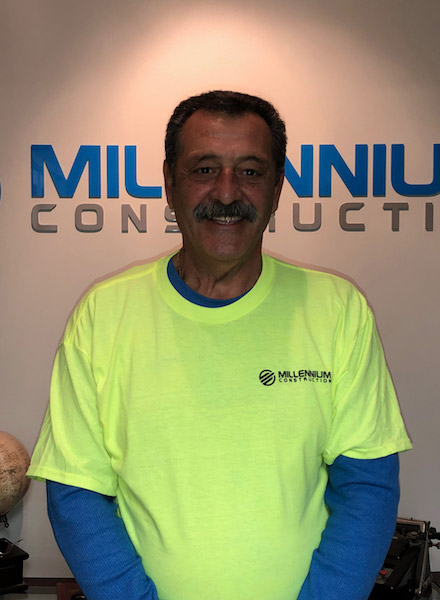 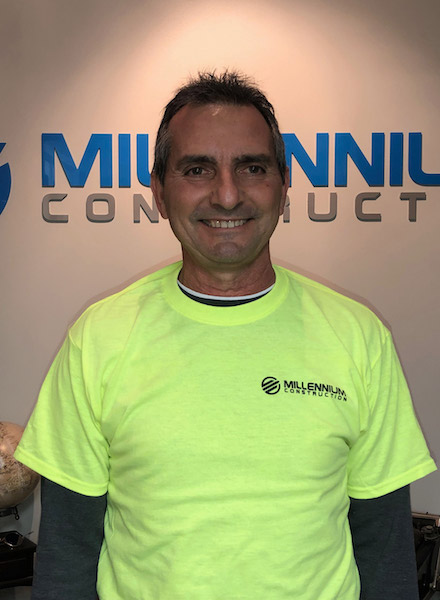 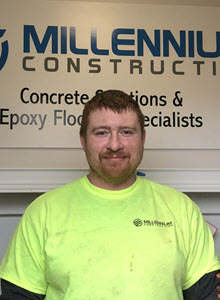 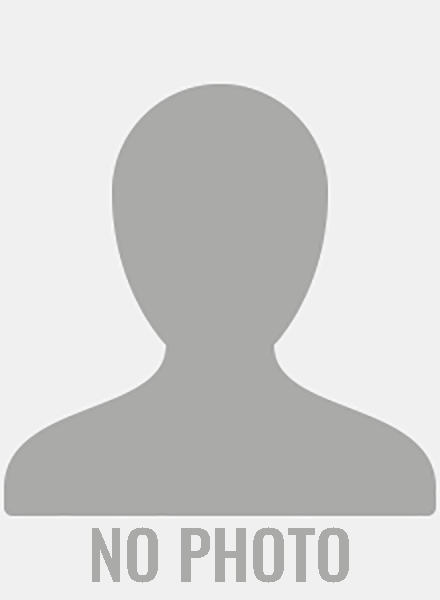 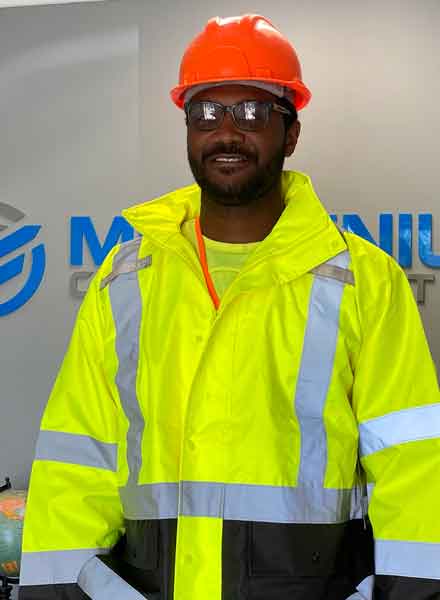 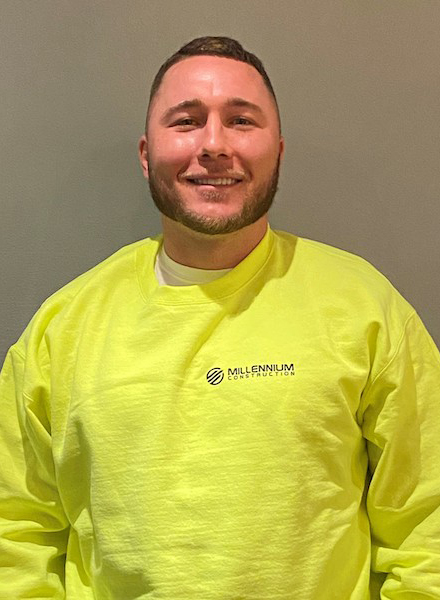 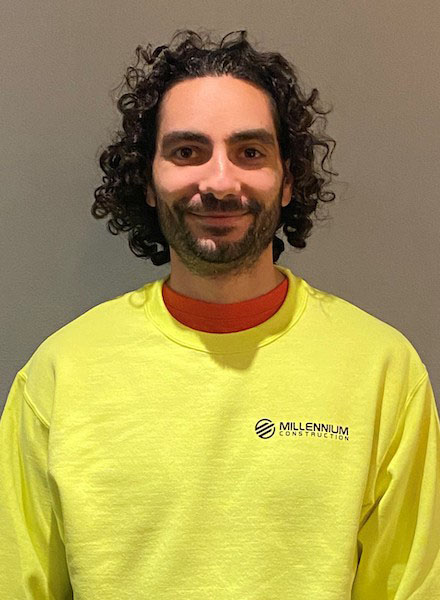 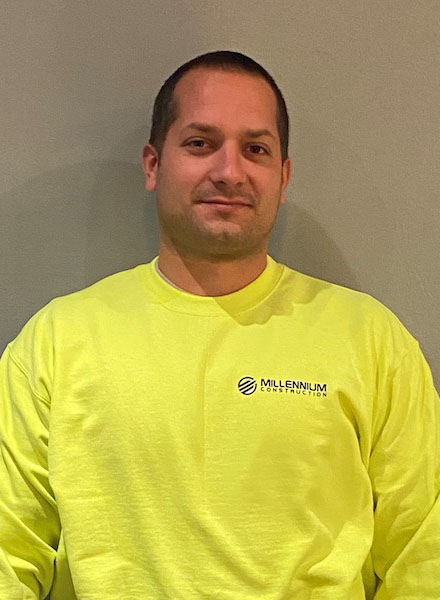 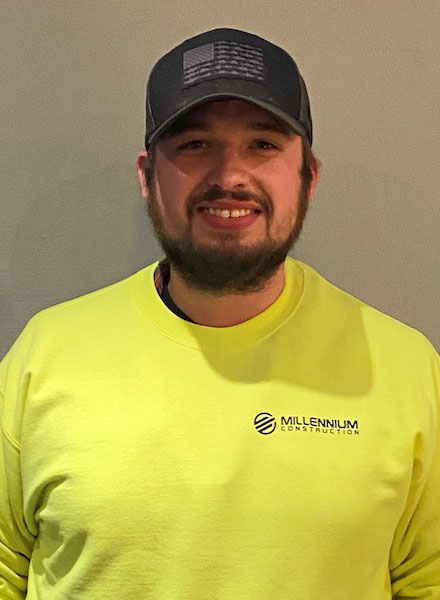 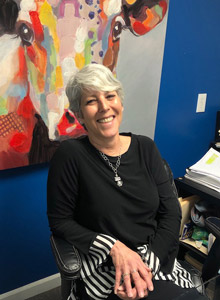